It was not a usual raid for the anti-evasion team of CGST Commissionerate Faridabad and even they had some sense of it. The team, thus posed as customers to bust an illegal fire-cracker racket and seized cash from the site as well.

The Anti-Evasion Branch, CGST Commissionerate Faridabad, Panchkula CGST Zone, received information that R. P. Enterprises is engaged in the purchase and sale of firecrackers without invoices. RP Enterprises have its businesses at Baghola village in Palwal district and additional premises at Sihi Gate, Ballabhgarh, Haryana.

"Accordingly, the Anti-Evasion Branch, CGST Commissionerate Faridabad, conducted simultaneous searches under Section 67 (2) of the CGST Act, 2017 on the 12th October, 2022, which continued for the whole night. The main registered principal place of business at village- Baghola, District- Palwal, Haryana was a huge premise, having 21 godowns, located in a very remote inaccessible area marooned in water infested with snakes and without electricity. The Anti-Evasion Officers reached the premises with great difficulty on tractors as there was no motorable road and the area was heavily waterlogged," said the GST in a statement.

However, the information proved to be true when the Anti-Evasion Officers found the said premises full of fire-crackers worth crores, which has been seized and the premises have been sealed. In addition, the officers also seized an unaccounted cash amount of Rs 50.88 lakhs along with lots of 'Katcchi Parchi (raw invoices) and other documents' indicating large-scale evasion of GST. "Quantification of GST evaded and further investigations are underway," it said.

It is notable that w.e.f. 10/10/2022, based upon recent orders of the Supreme Court and National Green Tribunal (NGT), the Haryana Government has directed to prohibit the manufacturing, sale and use of all kinds of firecrackers except for green crackers. 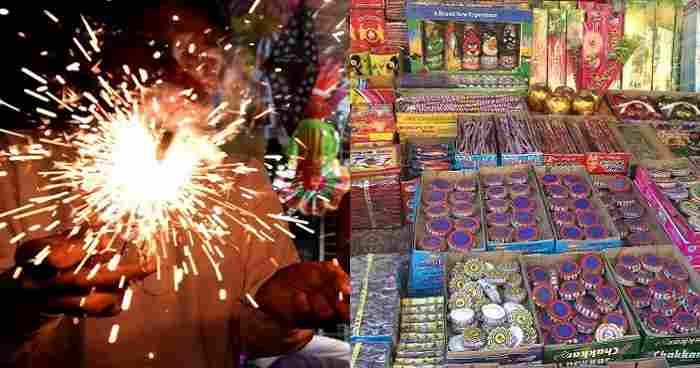