A two-judge bench of the Gujarat High Court consisting Justice J.B.Pardiwala and Justice Nisha M.Thakore has held that the input or output ratios to be considered for determining the quantum of refund of unutilized Input Tax Credit (ITC).

The writ applicant/ assessee is a company registered and incorporated under the Companies Act, 1956. The company is engaged in the business of manufacturing textile yarns.

According to the writ applicants, under the GST regime, the Government has provided a formula for arriving at the quantum of refund in respect of exports when a manufacturer exporter like the writ applicant herein is engaged in the local supplies as well as export supplies.

According to the writ applicant for the purpose of claiming refund, a procedure has been laid down under Rule 89(4) of the CGST Rules. The formula provided under Rule 89(4) has been made applicable by the Government from 1st July 2017 i.e. the date from which the GST laws were brought into force.

Later, the Sub Rules (4A) and (4B) respectively came to be inserted in the Rule 89 of the CGST Rules and these two Sub Rules have been substituted from time to time. According to the writ applicant, the two Sub Rules referred to above do not provide for any formula for calculating the refund of the unutilized credit.

For the exports made between January 2018 and October 2019, it was legally entitled to seek refund of the accumulated ITC because substantial quantities of inputs, capital goods and input services were received and utilised for the manufacture and export of the goods and such credit was lying unutilized with the writ applicants.

The division bench has directed Assistant Commissioner to adjudicate the claim of the writ applicants in accordance with Sub Rule (4B) of Rule 89 of the CGST Rules, but keeping in mind the formula of input or output ratio of the inputs or raw materials used in the manufacturing of the exported goods.

“In the connected writ application, the writ applicant has already furnished the necessary refund claim, but in view of the fact that the refund adjudication is to be undertaken a fresh, it should not be said that the earlier claims are now time barred. It is needless to clarify that the fresh adjudication shall be subject to the clearance of the deficiency memo,” the court said. 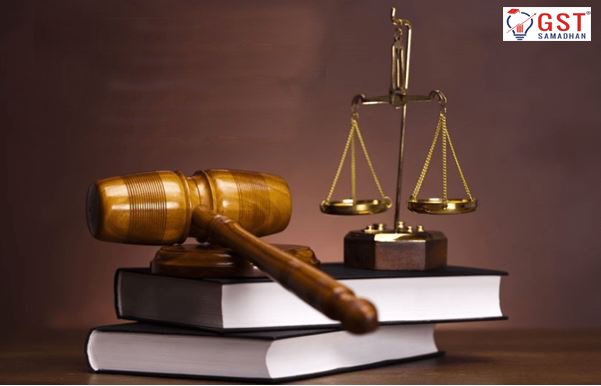