GST Council has unanimously decided to defer hike in GST on textiles from 5 percent to 12 percent. The matter will be discussed again in the next Council meet for future roadmap.

The GST rate hike on textiles from 5 percent to 12 percent was to come into effect from January 1.

On December 30, several states flagged higher tax rate on textile products from January 1 and demanded that the rate hike be put on hold. In the pre-budget meeting chaired by Union Finance Minister Nirmala Sitharaman, states like Gujarat, West Bengal, Delhi, Rajasthan and Tamil Nadu said that they are not in favour of a hike in Goods and Services Tax (GST) rate on textiles to 12 per cent, from 5 percent currently, with effect from January 1, 2022.

The 46th meeting of the GST Council, chaired by Sitharaman and comprising state FMs, is scheduled on December 31, with a single agenda to consider Gujarat's demand of putting the rate hike "decision on hold", as also representations received from trade in this regard.

Delhi government supported the protest of traders against increase in goods and services tax on textile, and said it would raise the issue in GST council meeting, Deputy Chief Minister Manish Sisodia said on December 30.

"The protest by textile traders against hike in GST from 5 per cent to 12 per cent is justified. The AAP and Delhi government under leadership of Arvind Kejriwal have been in favour of keeping the tax rates low. I will demand keeping tax on textile low in the GST Council meeting tomorrow," tweeted Sisodia who is also minister in-charge of Delhi government’s finance department. 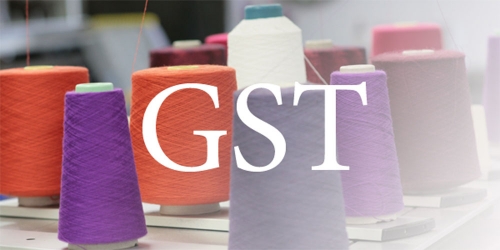