NEW DELHI: Chhattisgarh chief minister Bhupesh Baghel on Thursday demanded that the Centre continue to give GST compensation to the state for next five years.

Baghel demanded a reimbursement of expenditure of Rs 15,000 crores on the Central Security Forces deployed in Naxal eradication and also reiterated the demand to transfer Rs 4,140 crores collected as 'additional levy' from coal block companies to Chhattisgarh.

Among the many proposals he moved on the economic issue of Chhattisgarh in pre-budget meeting, the CM while attending the pre-budget meeting at Vigyan Bhawan  in Delhi, said the state’s economy was impacted due to disruption of economic activities during Covid-19 pandemic. The GST compensation which the Centre owes to Chhattisgarh, he added, would therefore allow the state government to spend on development programmes and schemes.

Baghel said there has been a loss of revenue to the states due to the GST tax system, and the Center has not made arrangements to compensate the loss of revenue of about Rs 5000 crores to the state in the coming year, so the GST compensation grant should be continued for the next 5 years even after June 2022.

The CM also sought a special provision for reimbursement of the expenditure of Rs 15,000 crores made by the state government on the central security forces deployed in the state for the eradication of Naxalism.

He also pointed to a reduction in the state's share and revenue from VAT as a result of the reduction of Central Excise Tax on petrol and diesel by the Center. Baghel said in future, instead of excise tax, cess should be reduced.

Source: The Times of India 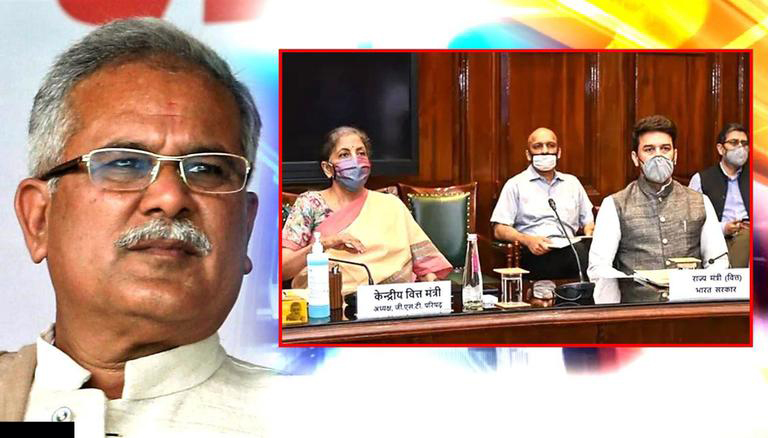