An income tax lesson for GST

An income tax lesson for GST

The first Income Tax Act was introduced in India in 1860 by Sir James Wilson. The first post Independence IT Act was passed in 1961. And though it has witnessed several amendments since, it can be said that no amendment in the tax laws brought an end to the corruption within the tax department until the Narendra Modi government came to power and introduced the faceless tax regime.

As a practising tax consultant for the last 40 years, I feel that corruption in the tax department, which used to be a major cause of concern for every taxpayer who suffered at the hands of dishonest tax officials, has witnessed a significant change. It is no less than a miracle to see that a single decision of the Modi government has practically resolved this issue.

Earlier, I used to spend almost 60 per cent of my working hours in the tax department office. Today, I must admit that I have not visited their office for the last three years. As against around 40 notices that I used to receive for scrutiny assessment under section 143(3), under the faceless tax regime, it has come down to two. Now, there is no personal interaction with tax officers and I believe it has significantly reduced instances of harassment. Data shows that even tax compliance has increased.

Under the faceless tax regime, information about high-value transactions of taxpayers is received by the tax department which is then used to issue notices under section 148 of the IT Act. Recently, thousands of such notices were issued and taxpayers had to pay tax, interest and penalty. This is set to enhance tax compliance as taxpayers will know that it is not possible to hide high-value transactions and they should disclose such transactions while filing their returns.

An important aspect of the faceless tax regime is that even the first appellate authority — the CIT appeal — is now faceless, leaving no room for corruption. In the past, dishonest taxpayers allegedly used to manage appellate orders during the CIT appeal.

The faceless tax assessment system has put everything online — from the filing of returns to the assessment orders. It has even done away with the need for huge storage facilities for the records of taxpayers.

The only two departments that are required to physically interact with taxpayers are the investigation wing and international taxation. In the case of investigations, for summons issued under section 131, a personal hearing is a must. In international taxation, non-residents are required to approach the department for tax clearance on the sale of property under section 195/197. The procedure remains cumbersome, with individuals required to submit a long list of documents. This area needs to be addressed and the government should take steps to reduce the harassment of NRI taxpayers.

It is not only direct tax but indirect taxes that have seen a complete rationalisation. GST was introduced with the motive of “one nation one tax”. Earlier traders and businessmen had to pay various indirect taxes — excise duty, VAT, sales tax, service tax, octroi — and were subjected to harassment, corruption and clearance issues at various tax departments. GST has resulted in more efficiency and has also reduced the time taken to transport goods. Monthly GST collections are hitting new highs and stood at Rs 1.47 lakh crore in September 2022, after hitting an all-time high of Rs 1.68 lakh crore in April 2022. Tax evasion has reduced significantly.

I, however, believe that some rationalisation of GST rates is needed. Also, there needs to be equitable treatment for various professions. While there is an 18 per cent GST on the fee charged by chartered accountants, there is no GST on fees of advocates and solicitors. If the 18 per cent tax rate for manufacturers and traders is reasonable, as they were earlier subject to multiple taxes, I feel that the 18 per cent tax rate for professionals is on the higher side.

If the faceless tax regime for direct taxes has resulted in significant benefits, the main drawback of GST is that it remains face-to-face. It is leading to the same old issue of corruption. While I believe that making GST proceedings faceless would be very difficult, the way corruption is increasing is a cause of concern. 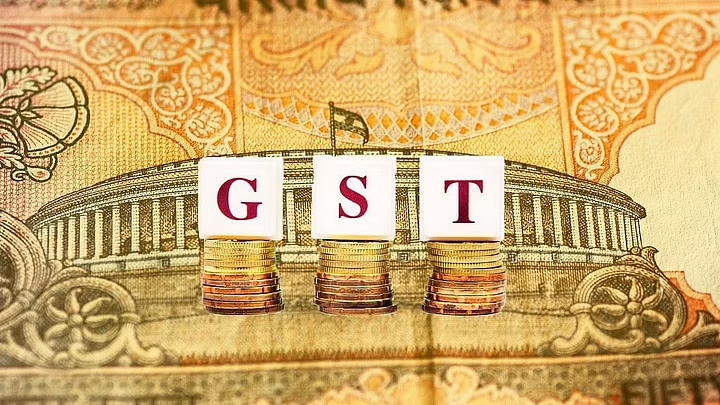